The National World War One Museum is one of our nation’s Crown Jewels. Dedicated in 1926, it remains a glorious and massive monument to those who served in the war to end all wars. The museum’s collection and exhibits tell the story of the “Great War” with an eye toward education. Experience what life was like in the trenches. You won’t want to miss a visit “over there.”

Years ago when most of Kansas City’s traffic was confined to the river, huge paddle wheelers plied the muddy waters of the Missouri carrying with them great stores of manufactured goods and perishables. Many boats failed to navigate the river’s snags and currents. One such vessel was the Steamboat Arabia, which sank just north of Kansas City in 1856. The ship and its cargo were lost until 1987 when the ship was discovered 45 feet under a farmer’s field. Nearly 100 tons of goods were salvaged from the wreck, everything from doorknobs to French Champagne, and much of it is on display at the Steamboat Arabia Museum

The Club has reluctantly decided to cancel our 2020 Grand National meet we planned to hold in Kansas City in June.
Glenn Brown, CLC President

If you have already registered, be assured the refund process is underway, and you should receive your refund by April 15th.
Check the CLC website for complete information. cadillaclasalleclub.org ...

The Judges Workshop has been cancelled as of March 23rd. Contact Bill Anderson if you need a refund of your fees. ...

Members outside the USA, please be sure and visit the International Guests page of the website. Please let us know what other information you would consider helpful as you plan your visit. 2020clcgrandnational.org/wordpress/international-guests/ ... 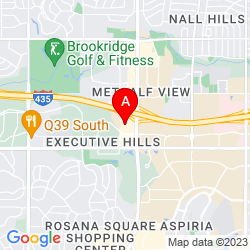 Your online resource for all GN2020 information